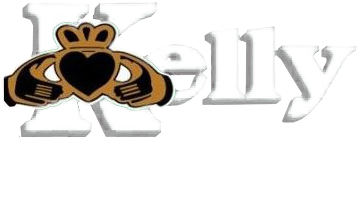 How and Where Carbon Monoxide is Produced

The most common carbon monoxide (CO) problems involve a lack of oxygen - either because there is simply not enough, or because the flames cool off before the carbon can join with it. CO is produced whenever a fuel is burned without enough oxygen on hand. Carbon atoms in the fuel that normally join up with two oxygen atoms to form carbon dioxide, which is harmless to human health, end up with only one oxygen atom and instead form CO.

Basic Steps to Getting CO Into Your Life

It is not enough to understand how to create CO, we need to examine all of the coordinating factors which can create it and allow it into the living space.

Five basic factors not only lead to the production of CO, but will aid in getting it into your homes. Any one major failure can get CO into your home, but typically three of these factors must go awry to produce a major problem.

The Flow of Fuel

As you add fuel to a fire, the fire produces more Btus of heat. It also requires more oxygen to combine with the carbon and hydrogen to form carbon dioxide and water vapor (H2O. As you continue to add fuel, the amount of available oxygen needs to keep up or CO will be produced, which is incompletely burned carbon. In engineered systems (all modern combustion appliances) the amount of air that can move through the unit is limited by the design. Any additional restriction (dirt, lint, carbon) will result in the air flow being reduced. The air flow is controlled by the laws of nature (hot air rises). The flow of fuel is controlled by the pressure applied to the fuel and the size of the hole it is forced through. Any problem with the pressure of fuel input can lead to problems with the fuel/air mixture.

We refer to many kinds of air when describing a standard combustion appliance (combustion air, primary air, secondary air, dilution air, return air, supply air, and so on). Air, or more precisely the oxygen in the air, is fundamental to the combustion process. The amount of air than can come into standard appliances is typically controlled by two basic systems. First is the mix of gas and air before combustion (primary air). This is controlled by the design of the burner, the pressure of the gas, and any control of the air stream. The secondary air, or additional air that is needed to supply oxygen to the flames, is simply controlled by the amount of air that is drawn through the heat exchanger.

Getting all of the combustion products out of the living space, a matter of indoor air quality, is fundamental to the safety of our clients. Codes and venting systems are designed to ensure this happens. In the cases that combustion appliances are unvented (they vent into the living space), there are specific directions for additional ventilation needs (like opening a window).

Venting can be a wild card due to its relationship to both the weather and the physical configuration, time of year, time of day, connection with other appliances, connection with the house, and so on. All of these relationships can have a dramatic effect on the draft of an appliance. The fundamental principle is that hot air rises. We can thus figure out how much area in the vent is needed to get all the combustion products out of the building. These rules may not always result in successful venting in actual buildings. Only testing can provide an indication of the operation.

The operations of the appliance can be broken down into two components: those defined primarily by the internal controls of the unit and those dictated by the occupant. We have found many units where the appliance is not able to operate correctly and that just happened to keep the unit from being a major liability to health and safety. Changing any portion of the operation may affect safety. This includes adjusting the distribution, air tightness of the unit, ductwork, load/insulation, not to mention touching the unit itself. The client's operation of the unit can also affect safety.

Luck (Or Lack of)

Luck is the final card. It is the random combination of the first four factors and other things that affect the building. Simple things like unclogging a dryer vent, fixing a bath fan, repairing ducts, or insulating walls, can change the operating patterns of the combustion devices.

In addition to the five basic components, we have seen significant patterns in the creation of CO.

Very few HVAC installers have the equipment necessary to ensure a safe installation of a combustion appliance is completed. Many units create CO because of improper setup and testing. Problems with gas pressure, orifice size, and improper venting are the most common.

Long-term deterioration of an appliance is not a common factor leading to CO production. However, deterioration is a common problem with units that were marginally installed: vents with long horizontal runs may have just met standards when they were installed but are prone to rust out over time. Venting into an unlined chimney can lead to problems (erosion of the chimney can eventually lead to leaks). Dirt from a crawlspace can fall down and block the combustion air hoes in a water heater. Even crawlspace furnaces stay fairly trouble-free unless major contaminants are introduced into the area. Dryers and water are the chief causes, but rust and lint are good at blocking everything.

CO can be drastically reduced in the home if the units are installed correctly in a dedicated area which is not connected to the living space. This requires a room for the combustion appliances that is vented with outside combustion air (or sealed combustion units) and has sealed ductwork. 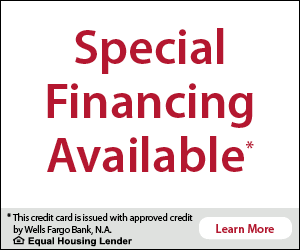